Competing with globally and successful companies requires a continuous supply of initiatives, ideas and concepts. One of the companies that stands its ground with the best in global competition is Zollner AG from Zandt in the Bavarian Forest. This year company founder Manfred Zollner can proudly look back on 50 years of corporate history. Having started back in 1965 as a one-man company with a small electrical shop in Zandt, he is now at the helm of a company with over 9000 employees. Of its 18 locations worldwide – all with the same high-quality equipment, such as reflow soldering systems from Rehm Thermal Systems – eight (8) are situated in the local area around Zandt, making Zollner AG the largest employer in the region. With consistently developed strategies and concepts, Zollner AG has steadily grown over the years by drawing on its own resources.

The 18 locations around the world have all been founded by the company itself. After establishing several locations in the Bavarian Forest, the first foreign location in the Hungarian town of Vác was founded in 1988. Since then locations in Romania, Switzerland, China, Tunisia, the United States and most recently in Hong Kong and Costa Rica have been added. The Americas region has developed into a strong market for the company from the Bavarian Forest.

In 2011, a new company-owned plant was put into operation in Milpitas, California. This plant in the United States exemplifies the Zollner AG strategy. Milpitas is located in the heart of the American electronics industry, virtually a stone’s throw away from the Silicon Valley. Zollner has thus chosen to locate right in the middle of the market area in proximity to its customers.

Since November 2014, production has also been up and running in the Costa Rican town of Cartago, equipped with reflow soldering systems and drying systems from Rehm Thermal Systems. Zollner Electronics Costa Rica Ltda. mainly manufactures products for the industrial sector at this new location, but also for the automotive industry. Although electronic assemblies are being manufactured here for now, the portfolio will later be expanded to include the production of complex mechatronic systems.

The main purpose of the plant in Cartago is to supply the American markets and enhance customer support in these regions – Canada, USA, Mexico and, in the near, future South America. Cartago will closely cooperate with the plant in Milpitas, California, USA, in both the field of production and the field of engineering services. The free trade area of the American market of course offers great advantages here. Costa Rica is a politically stable country with a relatively low wage level compared to other countries. A stable employer such as Zollner AG in the field of EMS in Costa Rica can expect relatively low employee turnover.

One reason for the low turnover is the education and training of employees, as well as consistently high quality standards across all locations, something the Zollner Group is renowned for in the world market. For example, completely new production facilities, including Rehm Reflow Soldering Systems, were built in Zandt for the location in Costa Rica. Employees from Costa Rica were brought to Germany and trained on the original production line. After that the entire line was disassembled using the service employees of the partner companies and then shipped and reassembled in Costa Rica. Doing so ensured that employees would be able to work reliably on familiar machines and that the deployment abroad of Zollner employees and partner companies from Germany or the USA could be efficiently and effectively organised.

To ensure the same quality standards at all locations, Zollner AG works with redundant production systems and strategic partners. This ensures that the machinery is equipped in a standard manner worldwide. Successful implementation of this strategy demands reliable partners. Here Zollner AG benefits from its stable long-term business relationships and knowledge of the market. Rehm Thermal Systems from Blaubeuren have long been a fixture in the portfolio of Zollner AG’s technical partners.

“We do not need to predict the future, but we must be well prepared for it.” Johann Weber, chairman of Zollner AG, shares this approach with his fellow board members. It could be expressed as follows: “Only the best is just good enough”. To ensure this planning security, those in charge at Zandt have built up a circle of reliable partners. One of these partners is now Rehm Thermal Systems GmbH from Blaubeuren near Ulm, a global technology leader in the field of reflow soldering systems for the electronics industry. For Johann Weber, Dr. Hans Bell, head of research and development at Rehm, is a luminary in the industry when it comes to soldering systems.

All Zollner AG locations are equipped with soldering systems from Blaubeuren. The long-standing reliable cooperation, mutual expertise and good knowledge of the market and technology have built a stable partnership over the years. Many things are tackled in a similar way. Johannes Rehm, CEO of Rehm Thermal Systems, put great priority on integrating the systems with internal company data networks almost from the start. Zollner makes good use of this today. Close cooperation thus comes relatively easy to the plants in Milpitas and Cartago. The global redundancy of production at Zollner AG locations facilitates working with control data or transferring production standards from one location, since data compatibility is always ensured.

The new Zollner AG plant in Cartago, Costa Rica has already seen the installation of a VsionXP+ reflow convection soldering system and an RDS 6000 paint dryer, the largest from the Rehm Thermal Systems porfolio. A second production line is already being planned and is scheduled to begin production in the fourth quarter. The VisionXP+ can be flexibly deployed for prototyping as well as serial production. The modular software control system specially adjusted by Rehm’s development department and modern efficient technology provide for high quality and great stability. This makes the fabrication of series productions, even from other plants, easy and quick to implement.

Going by the already planned expansion it is easy to see that the Zollner location in Costa Rica will develop. The plant currently has about 80 employees, with completely local management, and several hundred new jobs are planned for the coming years. Along with the plant in Malpitas, California, with which they already have a close partnership, Cartago is another important building block for the Americas Strategy.

And Zollner even has a strategic partnership with the ‚Instituto Tecnologico de Costa Rica‘. To mark the plant’s opening, the company donated several scholarships and is thus contributing to sustainably securing the future. The importance of the new industrial production facility in Costa Rica was underlined by the fact that Vice President Ann Helena Chacon and Foreign Trade Minister Alexander Mora came to visit the newly created ‚La Lima Industrial Park‘ in Cartago for the grand opening of the new plant in January this year. 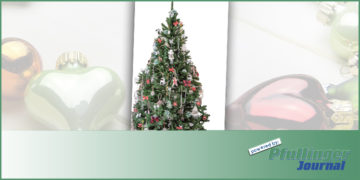 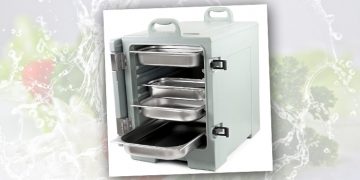 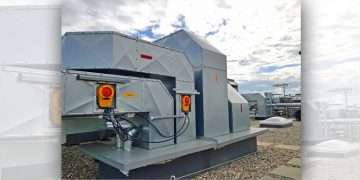