With a sales figure of 33,300 million in 2012, Continental AG is one of the world’s leading suppliers to the automobile industry. As a supplier of brake systems, systems and components for drive units and chassis, instrumentation, infotainment solutions, vehicle electronics, tires and precision elastomer products, Continental contributes to enhanced driving safety, as well as to global climate protection.

Within the Continental group, the company’s location in Villingen-Schwenningen, Germany, is responsible for the development and production of electronic components for commercial vehicles (CVs).

The main product in Villingen-Schwenningen is the DTCO – the digital tachograph for trucks. Further product groups include sensors, cluster products, driver workstations and instrumentation products.

Continental supplies numerous renowned truck manufacturers with tachograph products. Tachographs are produced in a variety of customer-specific variants, but the design of many of the component parts is strictly stipulated by law in order to ensure that the devices are tamperproof. Digital devices with chip cards have been in use in Europe since 2005. Documentation stored to the chip can be accessed with the help of readers by the freight forwarding companies, as well as by the police.

The level of vertical integration in the tachograph manufacturing department is very high. This of course places great demands on logistics and production. The old chart recorders had a total of roughly 130 electronic components, but today’s strictly digital recorders include 850.

The proportional value of the PCB relative to the entire device is quite high in the meantime, and is thus playing a more and more important role. The size of the vehicle’s radio compartment modules dictates the dimensions of the PCBs. The boards are about 170 x 150 mm and have 2 to 20 layers. The components are soldered to the PCBs in reflow soldering systems at the company’s own facility.

In a continuous effort to optimize processes and assure the required quality, Continental has been optimizing its production lines since 2011. After installing new placement machines, is wasn’t possible to keep up with the faster cycle times. The old reflow systems were too slow, thus necessitating change here as well. After reviewing current market developments – in Asia as well – the clear-cut strategic goal was set of doubling the piece count per unit of time with low costs and the same number of employees. And this would only be possible with new machines and further process optimizations which would successfully prevent uncertainties and time delays in production sequences.

In this respect it was important to select a system which can handle high throughput rates and assure low outlet temperatures for downstream processes. Rehm Thermal Systems got intensively involved with the requirements and developed an extended cooling tract for Continental with 6 zones instead of the conventional 4 zones. This made it possible to reduce the outlet temperature to the desired minimal level.

The low outlet temperature is decisive for automatic optical inspection (AOI). If the temperatures are too high, emissions from the PCB and shimmering in the air may distort the test evaluation and result in pseudo errors or prevent existing errors from being detected. If the PCBs are too hot, outgassing may cause the lenses to fog over or make it necessary to readjust them. The reference board is currently covered by the conceptualized systems. But the strategy and the individual modules provide additional leeway for the future as well. Even if AOI requirements become stricter and oven outlet temperatures have to be further reduced, this will still be possible with the current systems.

Replacing the systems was a major project for Continental. The ovens and the SMD line were renovated together. The goal was to improve quality and reduce costs. The project was launched in December 2011 and has been running continuously ever since. Over a period of 1½ years, all 4 lines were changed over – same SMD (placement) system, same printer systems , same Rehm reflow soldering systems.

For systems which run nearly 24 hours a day, only a narrow window remains for maintenance. And this makes it all the more important to assure that the time and effort required for servicing are extremely minimal. Maintenance time for the Rehm systems can be kept correspondingly short – a considerable improvement as compared with systems commonly available from the market. This translates into significant time and cost savings, and thus process optimization for the system.

Overall yield was decisively increased by using the new machines and the new Rehm ovens. At the high levels of quality required by Continental, this is a significant improvement – for cost efficiency as well. A further point in favor of cost efficiency is the dynamically controlled nitrogen consumption provided by Rehm’s systems. This type of control made it possible to lastingly reduce nitrogen consumption. This alone results in considerable savings.

A further good reason for deciding in favor of the systems from Rehm was the ability to makes use of a software controller thanks to the KIC module.

The profiling module from KIC makes it possible for the system operator to create a profile for new products without being a genuine soldering expert. In just a few steps, the operator can create the necessary profile for the PCB to be soldered. The solder paste is selected and a measurement is performed with the board and the KIC profiler. Finally, the ideal temperature is determined and is transferred directly from the software to the oven controller. These temperature values are stored as reference values for later use. If the same product is produced again at a later point in time, the operator only needs to initiate the corresponding profile in order to assure correct production.

Detailed traceability of production sequences is an additional factor. Traceability is a requirement which has become necessary, upon which Continental focuses considerable attention. In this regard, transparent production sequences are just as important as information about when and where which component was used. In the past, demands for consistent traceability have been specified above all by the customer, but in the meantime it’s being stipulated by law in more and more industry sectors.

The plans implemented by the Continental project team have been fully confirmed by the trouble-free integration of Rehm’s systems into the requirements for production sequences.

Beyond this, the Rehm reflow soldering system was thoroughly tested from a process engineering standpoint during a test phase. The ovens are of modular design and can be adapted to specific requirements at any time. It was possible to reduce cycle times with the new systems, and production reliability was significantly increased thanks to stable temperature performance with constant oven loading by means of a modern software controller.

Close geographic proximity of Continental’s plant in Villingen-Schwenningen to Rehm’s location in Blaubeuren is an additional factor which is also conducive to constructive collaboration with the design engineers at Rehm.

The two locations are separated by a trip of just under two hours. Both sides profit from the open lines of communication and quick decision-making processes. Rehm offers remote service for the maintenance of systems at customer locations, but this is not yet being taken advantage of due to the high levels of data security required by the Continental group.

The project is now in its final stage. It’s been a win-win situation for both sides, because development has been driven by the practical experience and the innovative spirit of the design engineers – and this will remain the case in the future as well. 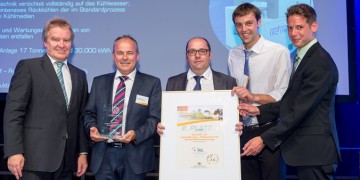 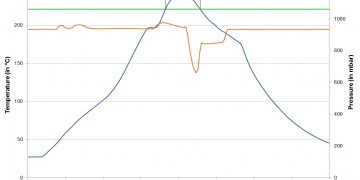